It was the same effect, when two years ago John McLaughlin and his band Shakti played in local town hall; in the room which until that moment only heard classical, e.g. European classical music, now resounded with music of an unimaginable high level: besides the stunning guitar, there sounded Indian tabla drums, spectacular tambourine solos, an absolutely perfect singing of which the Czech musical society never heard and a subtle indications of Indian rags (the classical Indian music has healing properties in such scale Europeans have idea about).

And here and now in Karlin I was savouring a big chunk of sweet reward. They were so wrong, all of the jealous so-called friends and acquaintances, all those eager critics of everything I have ever written and taught about for decades, of alternative and Indian music and mantras (which I originally typed on an old typing machine and published in samizdat magazine and later in regular print media, magazines and books), all those wives and their girlfriends, directors, officials, even those secret service agents and investigators who all and one claimed that I am naive and foolish to think that singing few verses over and over again could change anything… they were all so wrong.

Little by little I have accomplished all I have set my mind on to. Not only that it’s a rather common thing to play Tibetan singing bowls in households nowadays, but there’s a range of regular festivals of overtone singing and world music that are sold out, and even children are now singing mantras with their parents.

After long years of mantras concerts of Henry Marshall (his first concert in 1995 was attended by 16 people) a new era has come for Deva Premal and Miten mantras. They have managed to give confidence to sing to even those shy and quiet people who spent years of their life in fear of going to prison for a mere laugh or a joke in a pub during communist times (and in my own experience for playing a gong at city park).

Even Czech audience has been already lifted to another level. And when Miten made a joke „Do you know why me and Deva are still living together and love each other very much even after 18 years?“ and answered it himself „It’s because I always do what she tells me to.“ The people laughed and Deva added: „I’m glad that you’re laughing. Miten has said it once in Germany and no one has laughed.“

It’s like with everything and every time, and particularly in the sphere of spirituality and mantras singing, it’s more about the another level. All those women who laughed as if they have won some sort of an argument against men, had no idea that Deva (contrary to them) is a balanced woman, who doesn’t hold grudges and who manages her glands (also thanks to the fact that she daily exercises, meditates, eats vegetarian food, sings healing and calming mantras as well as she doesn’t read all those colourful magazines, doesn’t watch television or use big chain supermarkets, etc.). In other words, she isn’t in the permanent state of being angry and irritated.

When explaining what mantras are, and why it’s a good thing to sing them Deva used a comparison: „It’s like when you have a broccoli for lunch. It will be very beneficial for your body and your mind while you don’t necessarily know why. All you need to do is to simply eat the broccoli. It’s the same with mantras, you don’t need to know why mantra works or understand the exact word by word translation: it’s enough that you sing it and it will work. However, those who know, who are on a higher level to know why broccoli (or mantras singing) are beneficial, will take so much more out of it.“

And even in this meaning, the concert held on 14th May 2009 was perfect: nine hundred people were singing mantras with Deva and Miten. Mostly they didn’t need to know why or how (mantras and even themselves) work.

Nevertheless, both protagonists moved and lifted the whole concert to another level: not one of the mantras were sung as we know them from their previous recordings. They didn’t get rushed or pushed by the audience and they did not add any of their successful „hits“. Perhaps even without realizing it they have moved the horizons for everyone in the audience to another level.

If the audience before a break asked for a specific mantra to be sung, they sang it as a country and western version of the hit. Another surprise was perfect performance of classic blues hit You Gotta Move. I’m not sure that everyone in the audience understood it was also a „mantra“ – about a belief and spirituality so very necessary for a man/person. „You may be rich, You may be poor, You may live in peace, You may live in war, But when the Lord gets ready, You gotta move.“

It’s obvious that the level of understanding of which Miten sang „We are awaken …“ did not quite correspond with the level on which the Czech audience perceived it (as it’s been negatively influenced by consumption, exhausted by regional politics and are ashram untrained) but in the end it didn‘t matter, they did sing and it was enough.

It could have seem that this was merely a concert of mantras singing. And even if no one from the audience had any idea of the different and another level Deva and Miten has lifted the whole event to, it was fine, because it all worked. That evening was a perfect, professionally and at the same time very kindly, with love presented ritual, which moved and lifted all present audience to another level. 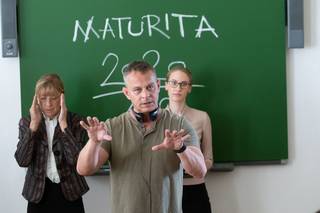 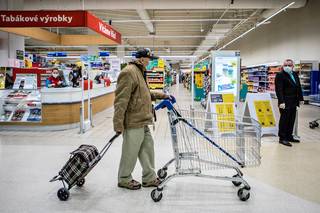 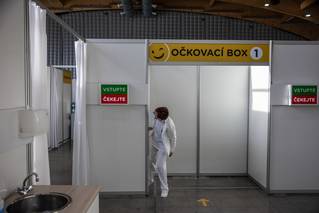 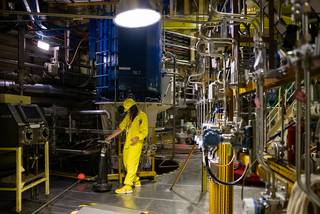 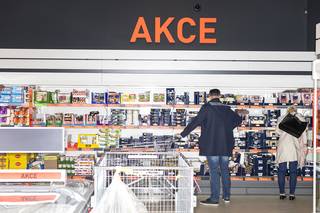