But my main motivation for mentioning both sides was my discovery that music (not the one we are constantly surrounded with, but the real one, healing and original music of which I wrote as „secret“ because it was kept as a secret) is just another side of the same coin of spirituality. I wanted to share that and support by using all available information what I’ve been trying to give out at my concerts of playing the Tibetan singing bowls, steel drum and my seminars where I taught how to play various new strange musical instruments, like for instance didgeridoo as well as the art of overtone singing.

One of those exotic and at times occult (since they induce different states of mind) musical instruments of which I wrote in my book was the Peruvian whistles. I have mentioned them in Baraka magazine as I have first time seen and heard them during my visit in USA where I took part in shamanic ceremony at which these ancient two-chambered whistles were used. My experience and the fact I talked about it, has inspired one person, who has ordered them from abroad and then imported them to Prague. And we did use them for meditation in one Indian products store (Dátá) in Prague.

But there was a little problem: what we have seen, heard and felt here in Czech Republic was quite different to what I’ve experienced in the USA. Whereas those local shamen were already spiritually experienced and prepared, the Czechs participants were mostly random people taking interest in the event and the quality of their perception (and the psychic impact) was uncomparably lower.

Then, I had explained it by my own un-readiness but later concluded that even the owner of the whistles was not ready then (and his later development in this area has confirmed what I thought). For the next several years I have waited for something that would bring back the original quality and message to the Peruvian whistles. Because the sound of the Peruvian whistles, as well as the sound of didgeridoo, healing African drums or deep sounding growling voices of Tibetan monks of Gyuto sect, the sound of mysterious cymbals shengs, as well as the sound of singing bowls or the wondrous impression of overtone singing is more of a vibration tool that enables to enhance one‘s conscious mind.

I had no idea that a young man from Valassko county would buy my book nine years ago, and who would later build his first didgeridoo (and excellently master the art of playing it), or that for all those years he would work tenaciously on building a completely new and unique musical instrument similar to the Peruvian whistles, he found his inspiration in. By a simple method of trial and error and patient trying out and practising he created first exemplar of an instrument which I started to call spheric whistles (see picture). It has not two, but four chambers (and two more in the body of the whistle itself), it is much larger in size and more precisely made (this whistle is made of ceramic). The four chambers cause the sound to have each little lower frequency and therefore it has directly affect not only the mind of its player but also the minds of listeners in close proximity.

The New Age has finally reached us. The young Czech and Moravian enthusiasts are singing overtones, play didgeridoo, know how to use Tibetan singing bowls and they also promote their festivals dedicated to this type of music…. And now, they’re not only using what other people discovered, reconstructed or created elsewhere in the world but one of them now gave the world a unique musical instrument which ties into the ancient empirical and well practised spiritual methods with sounds and tools used to enhance one’s mind. More than that, he has moved the authentic, contemporary and surprisingly available spirituality much closer.

At the same time, the instrument is not an easy thing to play: it requires confidence, the ability to blow with the same intensity for long enough and also have at least some kind of experience from previous playing for instance didgeridoo, with the ability to gently and softly change the sound of tones by help of a sheer „thought“. There is also a first moment of surprise at work here – every person who has had a chance to blow in it was caught off guard: none of them has ever expected such wonderfully spirit uplifting sound.

Martin has made his own dream. He did not hesitate to risk his relationship, put himself in debt and sacrifice long years of very focused work… and today he has something, that is the only and unique masterpiece (musically and spiritually) in the world’s culture.Making of one spheric whistle takes him around 2-3 weeks but it is well worth it (financially it will cost around 8 – 10 000 CZK).

And I can already hear how this whistle will help discover spirituality (and emotional balance) not only to those rich managers and businessmen but also to handicapped or blind people. It is not built for people who are not in control of themselves or those in rush for search of immediate miracles. It is a perfect tool of musical meditation which enables and allows to experience „spheric music“ to everyone: extatic unity of body and mind through sound (including the accompanying bodily effects like goosebumps, shivers, etc.)

Martin is just completing the creation of his web pages, where you will be able to hear a sample sound of spheric whistles (even though it will be just for the illustration: and right there you will be able to recognize the difference between the sound of it in mp3 format and live sound) and he’s also planning to make a smaller (ladies‘) version of the whistles. He is also making finely tuned rainsticks, which are also meditation tools and if some transport from a place and back can be arranged for him, he would come to perform and show his art at a seminar (PecenkaMartin@seznam.cz). And the same is for me, as I own the very first of the spheric whistle already; nicely placed on my bedside table.

If someone told me twenty three years ago, when they arrested me for my intention to play gong in Prague, Letna (in order to take part of an event of similar musical meditations simultaneously happening in fifty other places worldwide) to send a vibration message of possible and achievable peace and harmony to the world, and if that someone told me it will all happen in merely five years while I would discover, help import and promote more perfect spiritual tools, like for instance Tibetan singing bowls or meditational steel drum (as well as introduce overtone singing to the regional, my home country audience), I would have never believed it.

Or if someone told me nine years ago when my book The Secret History of Music was published, that a new and world unique musical instrument which will have moved musical and cultural paradigm, I wouldn’t have believed that, too… I only hoped.

The same way I wouldn’t have believed if someone told me just a few years ago that evergrowing noise of (political or advertising) world would create such counterbalance and reliably overpower the transformative quiet sound of spheric whistle.

P.S.: It can’t go amiss and should be said here: a paraphrase of a famous line – I have heard and seen the future of the real spiritual music, which continues the art of ancient shamen and Pythagoras: it is called spheric whistle. The instrument, which directly connects the sound and the spirit. 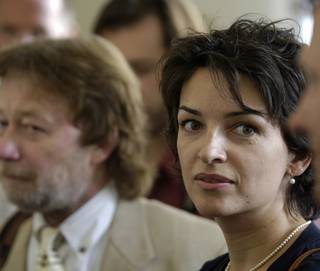 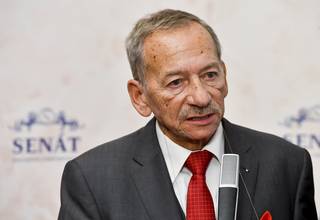 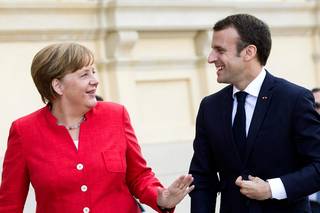 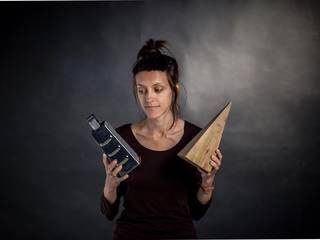 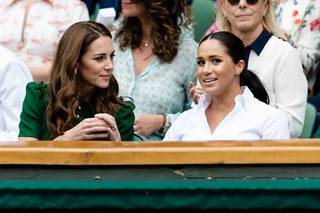